Age Related Macular Degeneration (AMD) is a common eye condition and a leading cause of vision loss among people aged 50 and over. It is one of the leading areas of clinical studies in ophthalmology. This disease is primarily broken into two subtypes, Dry AMD and Neovascular or Wet AMD. Currently there is no cure for either subtype; however, great advancements have been made in the control of Wet AMD, and continuing advances and ongoing clinical studies are under way into Dry AMD.

MODALITIES AND ENDPOINTS OF CHOICE FOR AMD CLINICAL TRIALS:

Dry AMD is emerging as a disease of focus in clinical trials. GA area measurement is generally considered the primary endpoint.

Neovascular AMD continues to be a disease of focus for large Phase III registration trials. Management of fluid and lesion reduction correlating with visual acuity improvement are the most common primary endpoints. 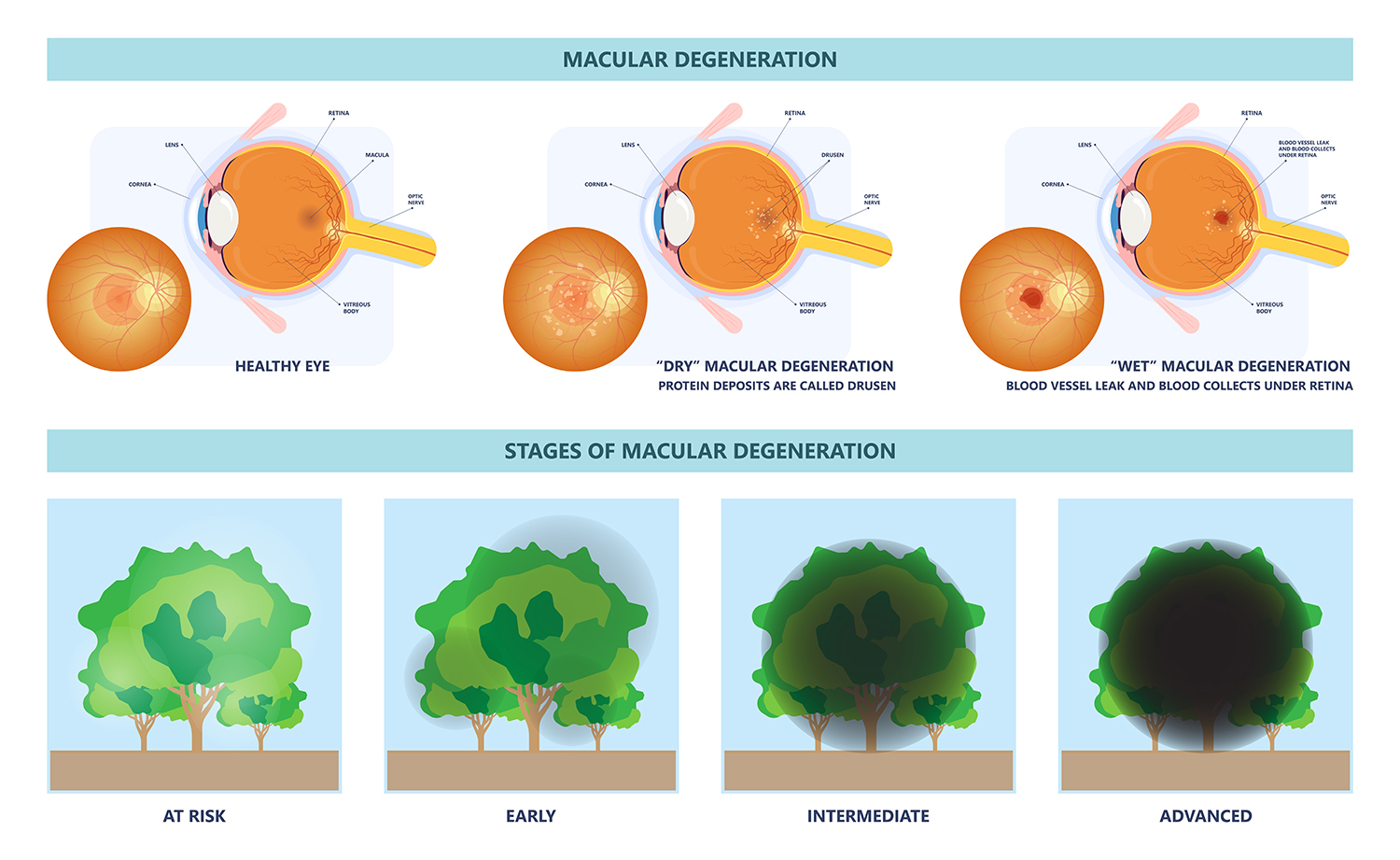 Diabetic Retinopathy (DR) is the most common cause of vision loss among people with diabetes and a leading cause of vision impairment and blindness among working-age adults. Chronically high blood sugar from diabetes is associated with damage to the blood vessels in the retina, causing leakage of fluid or hemorrhaging and distorted vision. In its most advanced stage, new abnormal blood vessels proliferate on the surface of the retina, which can lead to retinal scarring and cell loss.

MODALITIES AND ENDPOINTS OF CHOICE FOR DR/DME CLINICAL TRIALS:

Uveitis is a complex clinical definition. In ophthalmology, it usually refers to the inflammation of any structure on the uveal tract. Uveitis is the cause of 10 to 15 percent of all overall cases of legal blindness in the United States. Uveitis accounts for almost 30,000 cases of legal blindness each year. Males are more affected than females in the pediatric groups and female adults are affected more than males. This is a difficult and complex disease to treat and there have been many clinical trials conducted offering novel treatment options. New trials are in the pipeline and some new treatments are showing promising results.

MODALITIES AND ENDPOINTS OF CHOICE FOR UVEITIS CLINICAL TRIALS: 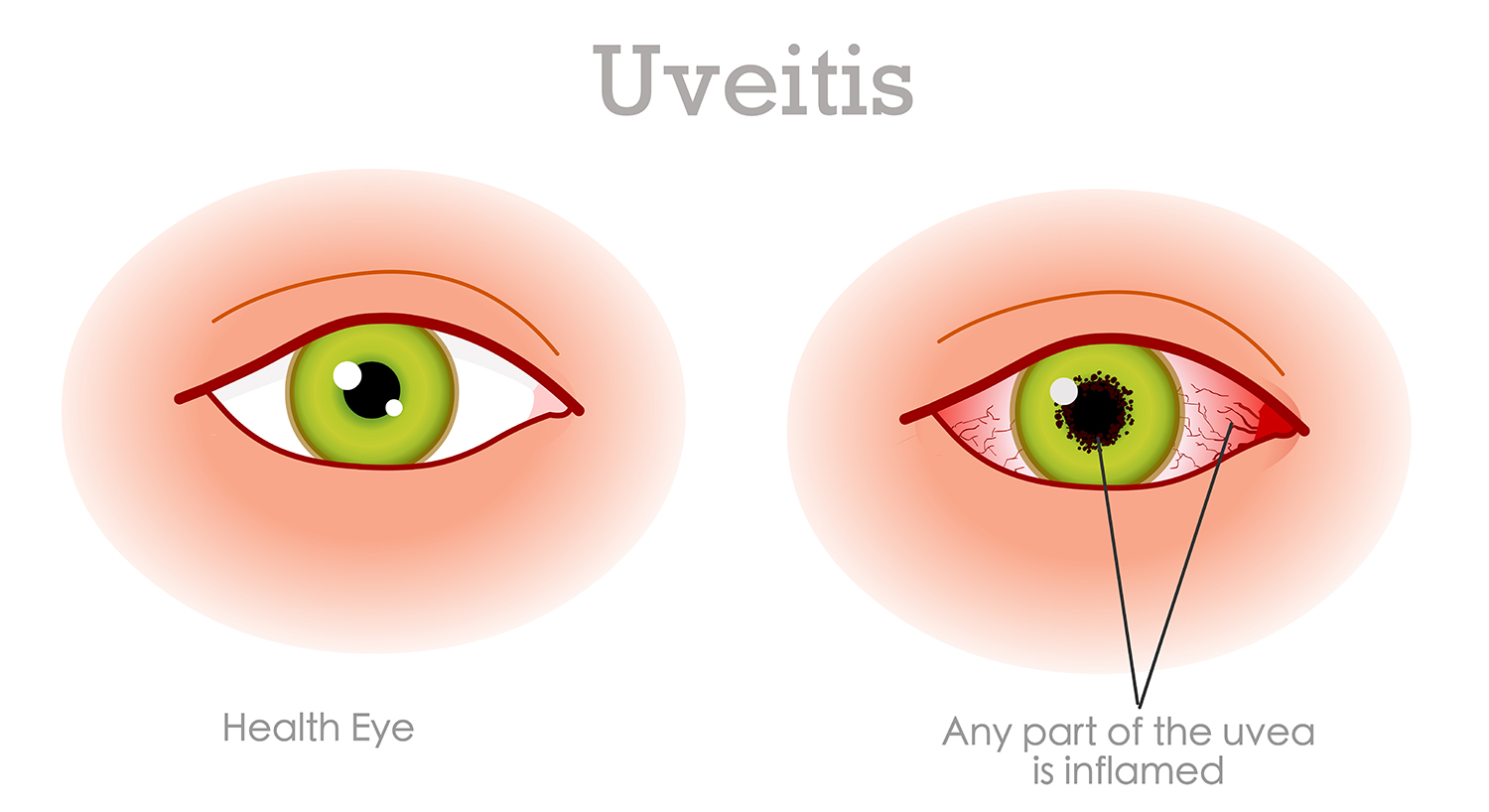 Retinal vein occlusion (RVO) is a common vascular disorder of the retina and one of the most common causes of vision loss worldwide. Specifically, it is the second most common cause of blindness from retinal vascular disease after diabetic retinopathy. RVO has been recognized as an entity since 1855, but many aspects of the pathogenesis and management of this disorder remain uncertain. There are several types of RVO, but the most common are Central Vein Occlusion and Branch Vein Occlusion.

MODALITIES AND ENDPOINTS OF CHOICE FOR RVO CLINICAL TRIALS: 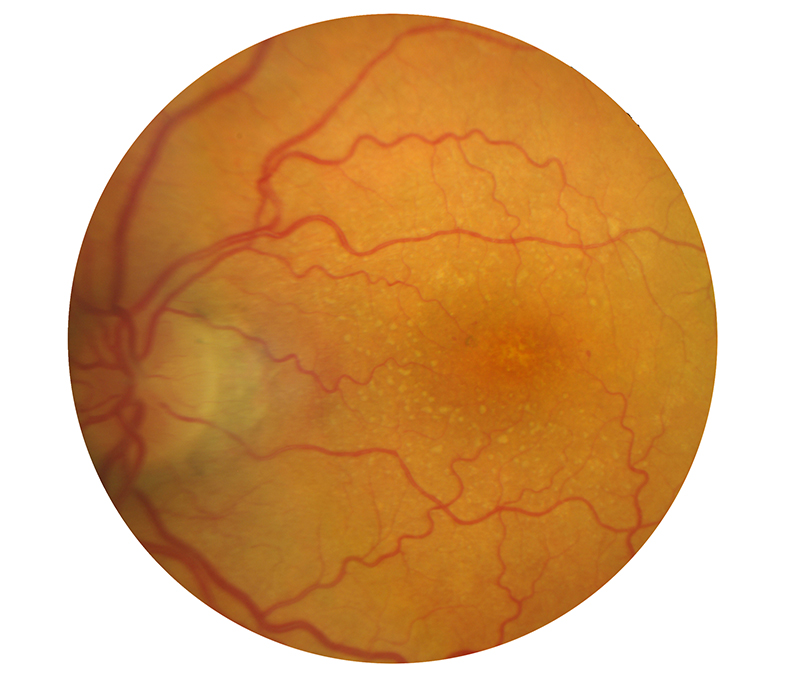 There has been major interest in therapeutic options under investigation for the treatment of previously untreatable Rare or Orphan diseases in ophthalmology. Gene and stem cell therapies are several possible avenues being closely investigated as potential therapeutic options. Some examples of these diseases are Retinitis Pigmentosa, Usher Syndrome, Stargardt Disease and Leber Congenital Amaurosis.

Retinitis Pigmentosa (RP) is a group of rare, inherited disorders characterized by breakdown and loss of retinal cells caused by abnormalities in the photoreceptors. More than 50 genes have been associated with mutations leading to classical symptomology noted in RP. Symptoms of RP appear throughout the lifecycle and include reduced night vision, photosensitivity, loss of peripheral vision, progressing to reading difficulty, impaired mobility secondary to decreased clarity of vision, and difficulty discerning faces or objects. Ultimately, most people with RP will lose much of their sight.

Leber Congenital Amaurosis is an inherited disorder that primarily affects the retina. It generally causes severe visual impairment beginning in infancy. Vision loss tends to be steady, although it may deteriorate gradually over time. Visual acuity is rarely better than 20/400.

Usher Syndrome is a condition affecting both hearing and vision loss. The primary symptoms are hearing loss and Retinitis Pigmentosa (RP). People with Usher Syndrome may have difficulty with balance.

Stargardt Disease is an inherited disorder of the retina. Vision loss usually occurs during childhood or adolescence, although in some forms may not be noticed until later in adulthood. Disease progression varies, but people with earlier symptom onset tend to experience more rapid vision loss. The most common symptom is progressive, bilateral central vision loss. The loss progresses slowly to a range of 20/200 to 20/400. Complete loss of central vision is rare.

TELL US ABOUT
YOUR PROJECT

Connect with us to learn more about how our expertise and approach can support bringing your product to market on-time and on-budget. Your success is our priority.